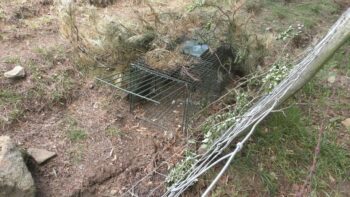 The RSPCA are investigating a reported wildlife crime, believed to be committed by a Moscar Estate gamekeeper on land owned by the National Trust in the Peak District National Park.

In late May 2020, the Hunt Investigation Team received information from walkers that a Moscar gamekeeper had been seen attending a mammal trap, placed on a badger sett on land owned by the Peak District National Park (Stanage & North Lees Estate). Badgers are a protected species and it is illegal to trap them without a license. Just weeks ago, Moscar gamekeepers had already been warned by the RSPCA for snaring a badger nearby (https://huntinvestigationteam.org/moscar2020/ and https://www.thestar.co.uk/country-and-farming/secret-footage-shows-badger-caught-snare-near-sheffield-river-2861348)

Upon investigating the new report, HIT also found several more traps closeby on the adjacent National Trust (Longshaw Estate at Outseats). A further mammal trap was placed meters aware and two corvid traps were in use around the fields of this land. Corvid traps are designed to catch wild birds, and are baited with a live “call bird” to draw other birds in. One of the call birds was found to be badly injured, with a mutilated wing which was broken to the bone. The bird was taken for urgent veterinary assistance but had to be euthanised. Max Hickling was the attendant gamekeeper from the Moscar Estate. It appears that he failed to notice or respond to the injury and that he was also responsible for the trap on the badger sett. 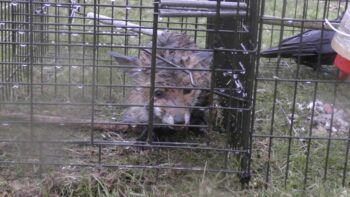 Two tiny fox cubs were also caught in the Larsen traps on NT land overnight, during the wet cold nights of early June. They were found shivering and soaking. The cubs were safely rescued to prevent further suffering, hypothermia and possible death.

A lure pile of dead crows was also identified on the NT land. This lure is used to entice predators in for shooting, and was positioned just meters from the badger sett. The gamekeeper attended this site at night time to shoot nocturnal animals, which could include badger and fox.

HIT reported all the traps to the RSPCA, who agreed that there appeared to be illegality onsite. An RSPCA officer attended and warned the Moscar gamekeepers Max Hickling and Jason Clamp about targeting badgers. One mammal trap was immediately removed (from closest to the sett) and the other was disabled (but is still in position). The RSPCA are pursuing an investigation into the call bird’s mutilation, suffering and death. It is an offence under the Animal Welfare Act to cause such unnecessary suffering to an animal. 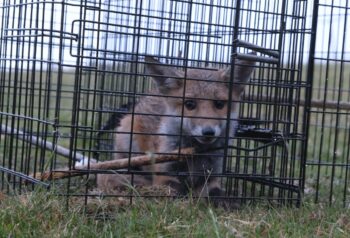 HIT has contacted the National Trust and Peak District National Park to alert them to our concerns and to ask if these organisations had sanctioned the Moscar gamekeepers’ activities on their land. The NT have replied, confirming that the land that HIT reported belongs to them and that they are conducting their own enquiries. The PDNP have not yet replied to HIT.

For full info and video footage please see: https://huntinvestigationteam.org/moscarntpdnp/ Some still images are attached – more images and original footage can be provided on request. 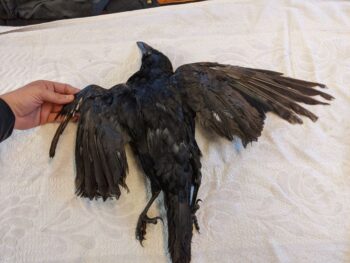 The coronavirus lockdown has proved a deadly time for wildlife on and around grouse shooting estates. The RSPB have recently highlighted a huge increase in raptor persecution since the lockdown, with at least four confirmed cases from the Peak District. The RSPB have highlighted the strong correlation of these incidents with Driven Grouse Shooting land management. https://raptorpersecutionscotland.wordpress.com/2020/05/29/rspb-provides-update-on-raptor-persecution-surge-during-coronavirus-lockdown/

Please do not hesitate to contact us for any further information.