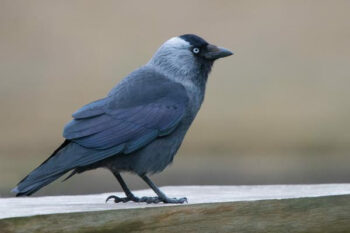 We need your help to clarify the conditions under which it is lawful to kill  Carrion Crows, Magpies, Jackdaws and Jays in Wales under the existing, live, general licence GL004.
The story so far: Wild Justice was given permission to challenge the lawfulness of Natural Resources Wales’s general licences. Our case was heard in December and judgment was handed down in January. We did not convince the judge, Justice Jarman, that NRW’s licences were unlawful but he made it clear, on the basis of sworn testimony by NRW that there were important constraints on the timing of use of the licences. In particular, and of greatest importance to us, the judge made it clear that it would be unlawful to rely on GL004 to kill the relevant species except in certain months. This important constraint in not widely known or understood.
We met NRW staff online to discuss this matter and they refused to add any clarification of this issue to the NRW website. We wrote to NRW’s Chair asking what action NRW would take on this matter and have had no response (not even an acknowledgement of our letter).
NRW appears to be happy to have issued a licence which permits unlimited killing of birds, allegedly for conservation purposes, to have given sworn evidence to a court that this licence has serious and important limits to its applicability, but not to make those limits clear. That is, we believe, shockingly poor practice by a regulator.
What you might wish to do: you may wish to ask NRW to clarify the conditions which apply to their existing licence GL004. You may wish to use that licence to kill birds and are not sure of when it would and wouldn’t be lawful. You may wish to know if you see others killing the four species named above, allegedly for conservation purposes, in which months it is legal. You may wish to understand the non-lethal steps that you or others must take before lethal control is lawful. You may want to know what information NRW would like to receive of breaches of the licence conditions and how you should report these. You may wish to know why NRW lists a large number of species of bird that have never nested in Wales as being protected by licence GL004. You may wish to know on what scientific basis NRW believes that Jackdaw and Jay have conservation impacts on any bird species of conservation concern in Wales. You might want to say that you have looked for the answers to your query on the NRW website but can’t find them. But we would ask you, at least, to ask NRW for urgent clarification on which of the remaining months of 2021 it is lawful to kill Magpie, Jay, Carrion Crow and Jackdaw under GL004 in Wales.
In the absence of a generic clarification then your query is a general enquiry and should be sent to [email protected]naturalresourceswales.gov.uk .  If you live in Wales (as many hundreds of you do) then you may wish to mention that fact in your enquiry.
We suggest that you use these words as part of your enquiry, but of course you may ask this public body any question you like (but please be polite (we don’t doubt that you would be)):
Dear NRW,
I understand that your current general licence GL004 which permits the killing of Carrion Crows, Jackdaws, Magpies and Jays in Wales for conservation purposes throughout 2021 has restrictions as to the months in which it can be lawfully used. I have looked on your website for these details but cannot find them.  Please provide me with details as a matter or urgency.
You will receive a standard electronic response saying that you should get a response in 10 working days (In Welsh and English). Wild Justice would be interested to see copies of any substantive responses you receive.
Thank you for taking action in this way.