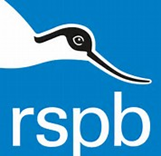 A few years ago, we informed the RSPB director that we were setting up the Real Society for the Protection of Birds, aimed at exposing the RSPB’s use of Larsen traps, support of game shooting and indifference to farmed birds.  We had to get solicitors involved after being accused of “passing off”!

Sadly the RSPB which had its roots as the “Fur and Feather” group in Didsbury, Manchester in 1889 was once a protectionist group, but when it received its Royal Charter in 1904 it had to promise not to campaign against shooting sports.  Sadly, it only really promotes the ticking off of bird species, and has promoted the unnecessary killing of the non native Ruddy Duck simply because it bred with the White Headed duck in Spain and might have lead to the elimination of another native European species for birders to tick off.

One of our ACT supporters received this response from the RSPB on Larsen traps:

Whilst the RSPB is not generally opposed to their use by others as long as the basic welfare standards are up kept we would always oppose any welfare related issues from not keeping to be basic welfare standards required by law. This is an issue for the police on 101 and the local wildlife crime officer as well as the licensing authority in whichever country in the UK.

We on our own reserves would only resort to using them for site specific control to protect species of high conservation concern and do not generally view that their numbers impact on songbird numbers. Healthy numbers of songbirds would support healthy numbers of corvids with any issues with songbird numbers mostly coming from reduction in habitat and food quantity and quality. This means that if the quality of these goes down and numbers of the songbirds go down then eventually so will numbers of corvids and large predators. In a healthy system there is always fluctuation with numbers regulating themselves over time.

We would therefore though being unopposed to their general use would advised land owners to use other techniques to deter corvids from cropping areas et cetera that did not use this method. This would therefore fit with our desire for the coexistence of humans with other animals whilst accounting for other needs such as crop protection allowing both the species and other needs to coexist side by side.